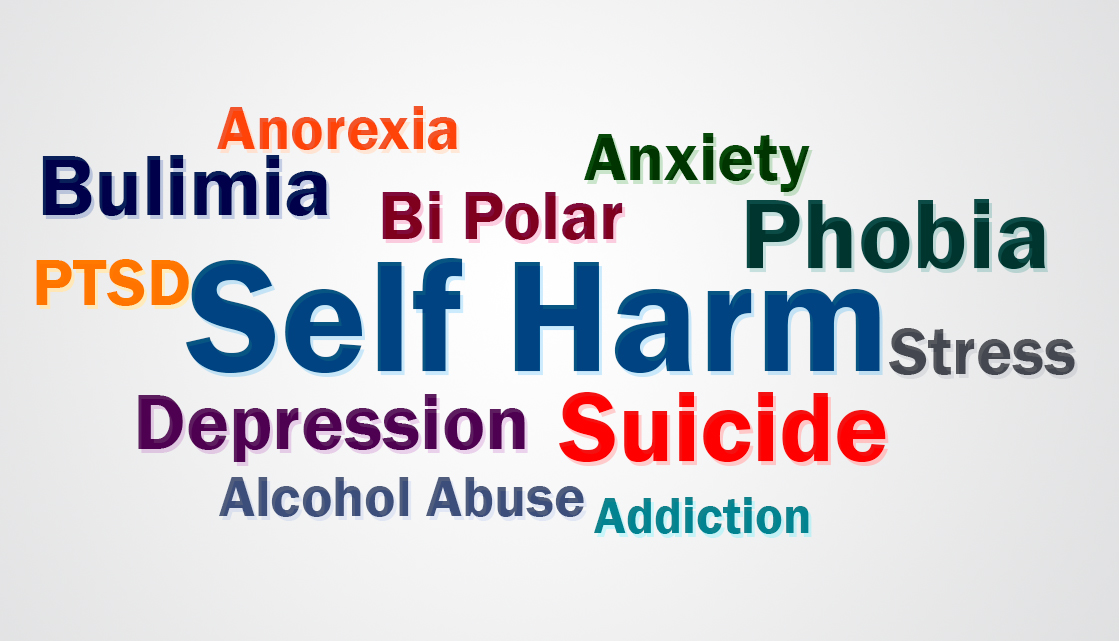 Self-harm is when a person deliberately hurts themselves. For example, they might cut their skin, or punch or hit themselves.

Often a person who self-harms is in some way trying to punish themselves. They may also be attempting to find an outlet for mental stress and intensely negative emotions which are overwhelming. The action can also sometimes be a person’s way of showing that they need help.

Signs of self-harm include cuts, bruises, or cigarette burns on a person’s body, with no clear explanation. These marks are often on a person’s wrists, arms, chest or legs.

People who self-harm may be secretive about doing so. They may keep wearing clothing that covers them fully, even in very mild weather.

Those who self-harm may also show signs of low self-esteem and depression, such as irrationally placing blame on themselves, believing they’re not good enough for things, expressing negative opinions about themselves, and a lack of interest in day-to-day activities.

A doctor can help those who self-harm. They are likely to try and help a person uncover the reasons for their self-harming. They may consider whether the emotions leading to self-harm are the result of another condition. They will try to help the person deal with their mental state in a healthy way, such as through talking therapies, rather than self-harm.

A to Z Conditions

If you have suicidal thoughts CALL the Samaritans on 116 123 you can call anytime day or night. Suicide is when a person causes...
Read more
A to Z Conditions

Substance Abuse taking drugs, alcohol, tobacco or other substances in a way that is harmful to health

Substance abuse refers to taking drugs, alcohol, tobacco or other substances in a way that is harmful to health. Substance abuse can lead to addiction...
Read more
A to Z Conditions

Stress…not all stress is bad

Stress is the way the body responds to demands and challenges. Not all stress is bad, and stress can sometimes be productive. However, long-term...
Read more