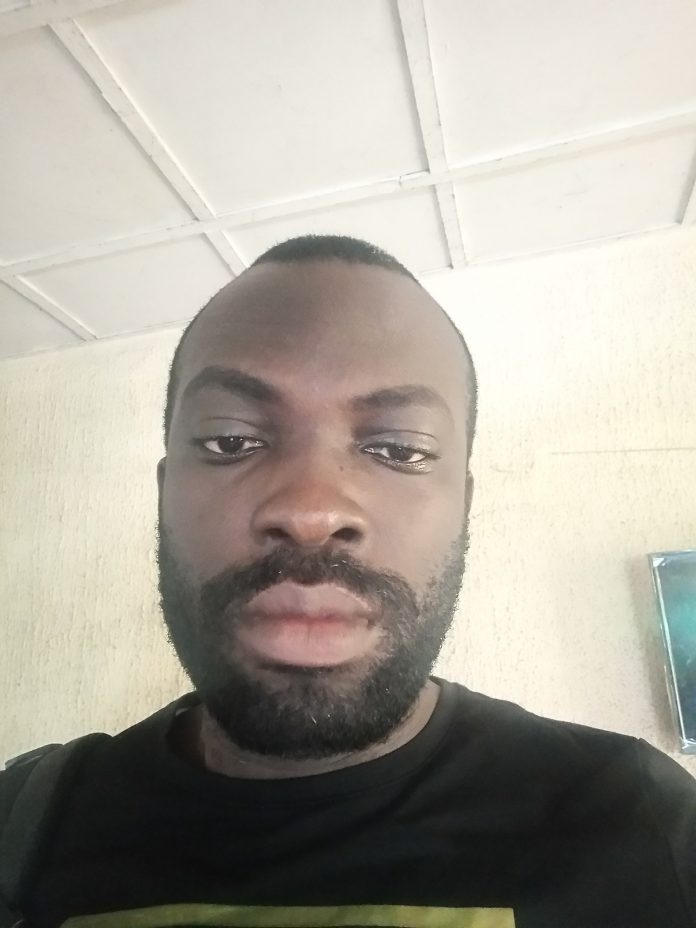 My Struggle With Depression

My struggle with depression started after getting into Medical school. My admission was a miracle, so I wasn’t financially prepared for the journey.

My parents’ resources were already stretched to the limit; they had my siblings to take care of. Yet, they gave it their all, doing everything necessary to finance my schooling.

With my acceptance into Med school, I grappled with reading voluminous books, feeding properly, and not getting oppressed by the rich kids.

The urge to live an ostentatious lifestyle, beyond the capacity of my parents, got so strong due to the kind of friends I got involved with. It got so bad that I took to gambling …and it nosedived further.

I was lured into the bottomless pit – that’s gambling – when I heard how many students were cashing out from just placing bets on football teams. It looked like a more reasonable option compared to the alternatives before me.

All I had to do was pick the right outcome from matches that were often a mismatch between football teams. So I started gambling.

At first, it felt I had struck gold. I won more often than many. I got greedier. I started using money – budgeted for rent and school expenses – to gamble. The higher the risk I took, the greater my gains. Until the bubble got punctured.

My predicament started after I had just placed a bet on something I felt so confident about. Since I felt the bookmarker priced the event wrongly, I placed a huge wager on it – practically going all in. Then it happened. The game started, and I was already feeling anxious about the outcome.

My selection turned out negative, resulting in a huge loss. This affected my finances, which trickled down to my studies distorted.

Having lost all my money, my continuous assessment in school suffered greatly. I was among those on the brink of not making it to the next level. And that wasn’t all, I was broke and ashamed of my mistake.

So I returned to my parents and lied to them about needing to buy books I already have. Considering the level of the trust reposed in me, no one doubted the sincerity of my request.

They pooled their resources together and gave them to me, making me understand the sacrifices they had to make to raise the money.

While I deceived them with flooded eyes that I intend to make the most of the money provided, I got back to campus and resumed my addiction to gambling. Then I heard the school was going to only pass 50 students from a preclinical class of 200+. Right then, I knew I was in trouble.

My preclinical exams came, and the lackadaisical approach I had taken towards my books left me struggling to correctly answer the questions asked. In the Viva, I felt lost when asked questions on the basic medical science courses. It was so bad that I was sent away.

The results of the exams came out days later, and I fainted on seeing mine. Students and staff alike must have carried me to the clinic, because I woke up on one of the beds in the school’s medical center.

By failing all three basic medical courses, I had set myself up for either repeating medical school or outright withdrawal.

This led to my absentmindedness more often than not. To solve the mystery, I had to go to the Dean of Basic Medical Science office to confirm my score.

On getting there, I sat down and was asked my matriculation number, which I provided. What I heard next left me dumbfounded. I was told that I scored below 40% in all three BMS courses. I started crying when I left the office and went home.

I stayed indoors for about a week. I felt like ending it all. I was going crazy. When people came to check up on me, I didn’t respond. I just stayed inside.

One day, I sent messages to my family that I was leaving them. That night, I took the rope used in spreading wet clothes in the sun from the verandah when everyone was asleep. Using the rope, I attempted suicide in my room with the door locked so no one can get in.

Then the most surprising thing happened: the rope – a very strong cord – just gave away, and I ended up on the floor. I was angry, devastated, and weak.

When I Knew Something Was Amiss

In the aftermath of my attempted suicide, I went home to meet my parents. I never told them that I failed my MBBS exams. Frankly, I lied to them that I only had a resit of one of the BMS courses, and they seemed to be quite at home with that.

Often, I’d just stay indoors and soliloquize. It was so bad that my parents noticed and asked if everything was okay, and I replied in the affirmative.

It was that constant mumbling to myself and the voice in my head – which kept telling me I am a failure, a disappointment, and a terrible son – that made me realize something was wrong with me. The mood swings didn’t help either.

When I Told My Family

Due to the constant struggle with myself, I confided in one of my brothers that I wasn’t myself. I told him how I felt like hurting myself on a daily basis. He wanted me to tell my parents, but I didn’t want that. I wasn’t sure what they would come up with considering they are strong Catholics.

Despite warning him about letting my parents know about my condition, he went ahead to divulge everything we talked about to them. This infuriated me and I wanted to beat him up, but my parents stopped me.

They asked me what’s wrong with me, but I told them nothing was amiss. They knew I was lying, so my father said he was going to visit my school to ask them questions. At that moment, I realized the game was up. I went down in tears and told them everything. My parents were stunned. My dad fainted, and we had to try to resuscitate him.

Finally, we got him up and he asked that we leave him alone. I knew he was extremely disappointed in me. I felt like jumping into the river. My mum blamed me for my dad’s condition. She wanted me out of the house. But my dad intervened.

He asked me what I intend to do since I got withdrawn from medical school. I told him I still wanted to complete my education, even if it had to be another course. He agreed and convinced my mum to understand my situation.

How I Got Help

With my predicament now in the open, my dad and my grandma (from my maternal side) got an elderly person to talk to me about not giving up.

The man – who doubles as a clergyman – did his best in persuading me on the benefits of staying alive even when things look bleak. I listened, but I also remembered I wasn’t going to be a doctor anymore. This made me so unhappy.

To salvage the situation, my parents made arrangements for me to change location – everyone in my neighborhood knew I was supposed to be a doctor, so it was going to affect my mindset even further.

The change in location helped, but the new laptop I was given, did wonders for me. I resumed school – mostly hiding from old classmates and schoolmates – to get my transcript to switch courses.

The transfer to a new department was harrowing to me. A few times, it opened up old wounds that necessitated my talking to my parents, but they had my back. They reminded me of how much they believed in my ability to turn things around. This gave me the strength to get through the transfer and start afresh.

What I do to cope

Starting afresh in a new class was tough as I wasn’t friends with anyone and the constant reminder from certain lecturers that I had transferred from the Medicine & Surgery department got me unpleasant stares and remarks from classmates. In fact, I felt isolated in the class.

Fortunately, my parents never stopped calling me. Their words of encouragement helped me significantly. My online jobs also kept my mind busy. I started freelance writing during this period, and the workload distracted me long enough.

A message of hope

If I can get through failing medical school, attempted suicide without giving up, then you can, too. Once there’s life, your situation can change in a second. Never give up. Keep fighting. If not for yourself, do it for your loved ones. Seek mental health care if your situation feels hopeless.

The body is a chamber to the most beautiful soul it could dream of carrying, so it must be cherished and preserved, loved and...
Read more
Personal Stories

Living with Generalised Anxiety Disorder with Panic Attacks It all started when I was 10. No triggers, no root causes, just me waking up at...
Read more