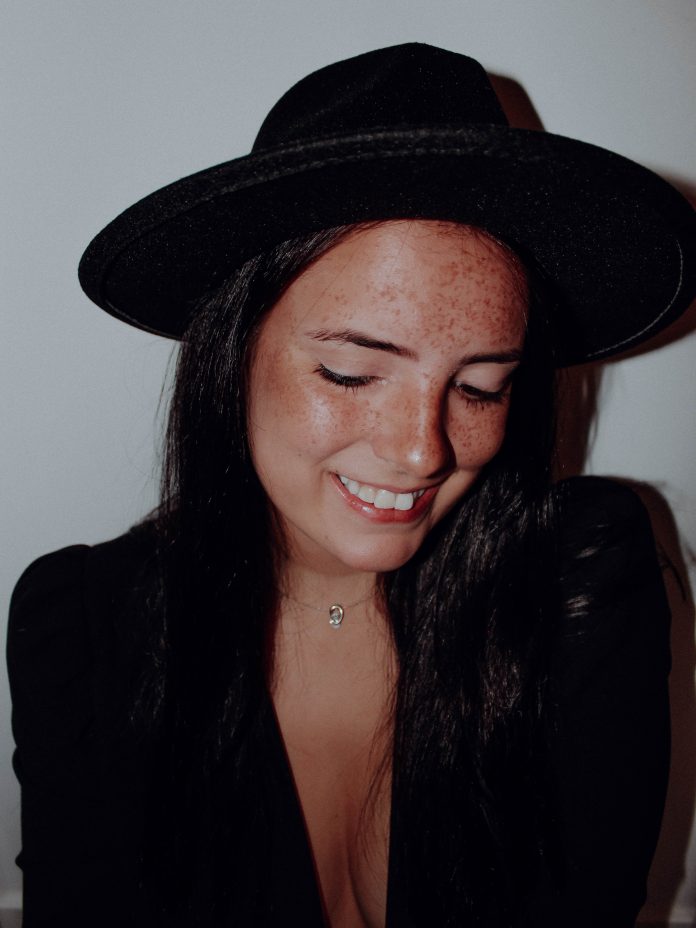 I think my eating disorder stared slowly; slithering in like a salamander and told me everything that wrong about me and my body. Whenever I get asked when it all started, I’m quick to say I was 13 back then, but I do believe it creeped itself in way before that.

Because of my loss so early on and the deep connection between twins, that was broken apart from one minute to the other I never really liked physical contact as a baby and even now I’m still quick the back off when a stranger, leans in for a hug. But I’m improving step by step.

My therapist told me that this was caused by the early loss and my mind stored this experience and connected the sensation of touch with the feeling of loss and the possibility that the other person could leave possible leave.

This wasn’t the only way this incident affected me though. In my early childhood, I was inclined to feel like I was too much and taking up too much space, so I always tried holding myself back, not asking for too much. My fear of being a burden was deep.

My early memories around this, starts at the age of 6. My best friend at that time was already physically build smaller and smaller in general. This never appeared to me as a problem as such. I was a healthy and happy child, who loved exploring.

I saw my friend was on this gymnastic team and immediately wanted to give it a go as well. So as supportive as my mom is, she signed me up. When I got there for my first try out day, they declined me as I was too big for the competitions. Bearing in mind I was at a normal and healthy weight for my age this hit me.

As I got older, I started to get bullied at school and as that increased, my feeling of being too much and taking of too much space did as well.

I started making small changes, healthy changes. Just focused a bit more on decreasing unhealthy food as snacks and increasing my activity. I didn’t think much of it at the time, just wanted to be a little bit healthier. But slowly and steady I cut out one food groups after another and without realising I started making excuses. Telling my mom, I already ate at school or at my friend’s house and the other way around. I started skipping meals more often and although I felt the physically pain of hunger in my stomach, the control felt good.

Every time I successfully declined or skipped food it was a feeling of achievement. I felt mentally strong and its control. I feel like I was in my own little world constantly spinning around how many calories things have, how much I ate and doing absolutely anything to burn off extra calories. I developed a fear of certain foods that I wouldn’t touch under any circumstances. Feeling full was a nightmare for me. I would only feel good whenever I could feel the hunger – feel my stomach growling.

The deeper I got into this world the more I stepped away from my actual life. I started distancing myself from my friend as I felt like they would never understand and spending time with them would put me into difficult situations.

I tried to keep it a secret at all costs. People around me did realise and at first it felt like getting compliments, when someone asked if I have lost weight. I didn’t feel my life had any purpose in anymore. I was broken and lost. What felt so good in the beginning turned into something that made me feel horrible, but I couldn’t stop, and I believe deep down I didn’t want to stop. I wanted to disappear.

After I found out about my twin, it got worse. I started blaming myself for his passing, thinking I took too many nutrition’s away from him in the womb. This made me restrict my eating even more as suddenly I felt like I don’t even deserve the food.  I started questioning why I was the one who survived. I remember feeling so numb on the inside, there was no hope or joy left in me.

I was struggling mentally, and my body was fighting physically. I was always cold and tired. Hardly had any energy. My hair got thinner and I fainted on a weekly basis. This went on for a few years. People around me were mentioning concerns, but I was good at hiding how bad it really is and lying.

I was 16 when my mom found all the sweets and food I’ve gotten for the past Christmas and Easters and other things hidden in my room. She caught me crying and it did take a while, but that was the turning point for me. We had a really long talk that day and that was the first time I ever spoke to someone about it. I Realised I actually wasn’t alone, and people care, and no one understands me.

We made an appointment with a therapist and she told me that I’m not far away from needing to get admitted to the hospital and it hit me, and I knew I needed to change something.  It was a long process of therapy, homework and slowly increasing my calories again. It wasn’t an easy process, I had setbacks, a lot of them and wanted to lose weight again but I fought against that urge. Recovery is hard and a long road. I had to reframe my thought pattern and my relationship to food.

I’m 22 now, at a healthy weight again and with a healthier mindset. But I didn’t just gain my weight back, I gained myself back, my happiness, my energy and my life. I came across old picture from this time a few weeks ago and I was in shock. I didn’t realise how skinny and sick I looked back then. As hard as recovery is and was it was definitely worth it. I still sometimes get the urge to fall into these old patters, but I’m stronger than that now. I have a purpose in life again and it feels amazing.

My Struggle With Depression How It Started My struggle with depression started after getting into Medical school. My admission was a miracle, so I wasn’t financially...
Read more
Personal Stories

The body is a chamber to the most beautiful soul it could dream of carrying, so it must be cherished and preserved, loved and...
Read more